To compound my belief that the infographics approach is getting everywhere (in many cases where it’s not needed) I came across these mobile phone price plan tables on the o2 website.

Does anyone think those circles make anything clearer? I reckon they just confuse things, putting all the emphasis onto the minutes and making the other information look supplementary. In some ways that’s not a bad thing because the other information isn’t particularly clear, but at least it’s in a format that makes it easy to compare products.

To compound the problem (in my eyes anyway) the business equivalent of this page contains the same problems repeated. The problems with the sizes of circles not being truly representative of the number of minutes now has the added problem of the same size circles being used to represent different amounts of minutes – rendering either the numbers or the size of the circles a pointless exercise. 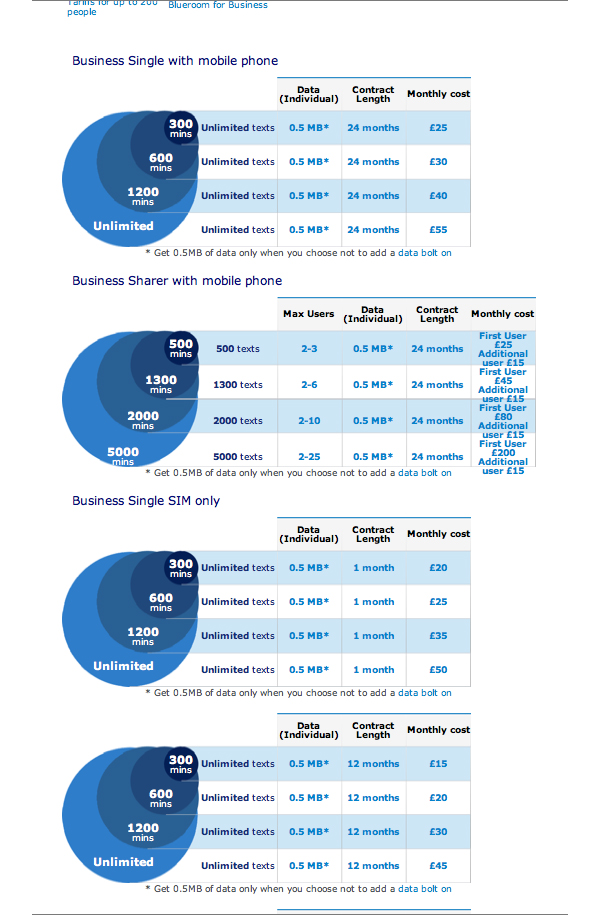